Beyond Coldplay: How Emerging Markets Enhance Your Investment Palette 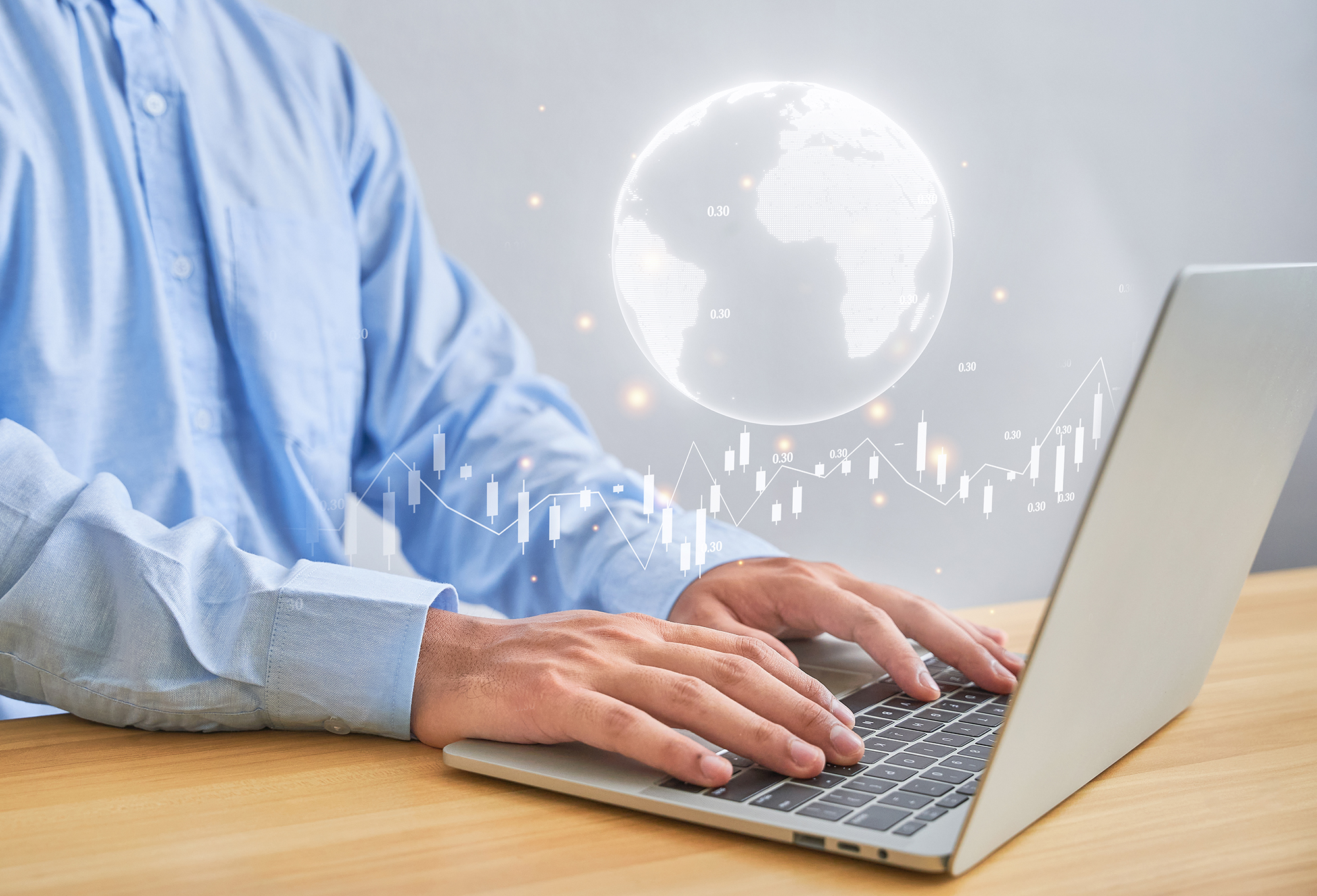 There’s a reason the likes of Coldplay and U2 sell millions of albums - people know what they’re getting. Whether it’s The Edge’s chiming guitar or Chris Martin’s lovelorn warbling, familiarity is comforting. Less widely known, and arguably more interesting bands, like Sparks for example, who switch up genres, often endure more sporadic profits.

Transplant U2 and Coldplay into the financial world, and they represent home bias, an investor’s tendency to put their money in familiar domestic equities rather than diversifying with foreign investments. Sparks are, by comparison, more akin to emerging markets (EM) – the likes of India, Brazil and China – which are often fast-growing, volatile, and more divergent overseas investments.

But in the same way that too much Coldplay is not good for your musical palette, too much domestic investment could negatively affect your portfolio diversification with its narrow focus. For example, in September 2021, Canada represented 3% of the world’s stock markets and fixed-income markets, respectivel. Yet, in 2014, Canadian investors (including institutions) had a 59% domestic allocation for equities, by late 2016 this was at 50%, and by 2020, this figure remained above 40%. That same year, GreenwichAssociates reported that Canadian Defined Benefit Plan asset mixes held 18% of their public equities in Canadian stocks.

These numbers reflect the factCanadian investors, generally, are happier to buy Air Canada than Gol Intelligent Airlines Inc, for example, the latter being a Brazil-based company that Investopedia identified as the top airline stock for Q3, 20223.Canadian bias when it comes to energy, it could be argued, has served investors well this year so far, and EM equities certainly didn’t avoid the torrid first half of 2022, suffering their largest first-half drop since the 1998 Asian financial crisis, with the MSCI benchmark down 17% and China, the index’s single biggest component, down 12%. For context, however, the S&P 500 fell 21.6%.

General consensus is, therefore, that a well-diversified portfolio should have some exposure to emerging markets to capture the rapid growth of its regions. A skilled manager can help navigate the variations and idiosyncrasies of the asset class but, at the very least, investors should be aware of the investment opportunities beyond their own borders. Imagine the Toronto Raptors, for example, without the skills of Cameroonian Pascal Siakam?

What exactly are emerging markets?

An emerging market has the economy of a developing nation that is becoming more engaged with global markets as it expands. Characteristics may include a unified currency, strong economic growth, liquid equity and debt markets, accessibility by foreign investors, and a dependable regulatory system. These are economies that are transitioning from a low income, often pre-industrial focus towards a more modern economy with a higher standard of living.

The most recognizable emerging market economies currently include India, Mexico, Russia, Pakistan, Saudi Arabia, China, and Brazil. For investors, emerging markets can offer greater returns due to some economies’ rapid growth but, given their nature, this can also mean exposure to greater risk.

Clouding the issue slightly is how emerging markets are classified, which can vary depending on who’s doing the classifying. According to Investopedia, the International Monetary Fund (IMF) classifies 23countries as emerging markets while Morgan Stanley Capital International (MSCI)classifies 24, and there are differences between the two lists. S&P classifies 23 countries and FTSE Russell 19, while Dow Jones classifies 22. Like relegation and promotion in soccer, a country can be upgraded to developed nation status or demoted to the frontier nation category. Relatively recent movements resulted in Greece being downgraded from developed to an emerging market, while Qatar and Argentina were upgraded from a frontier market to emerging.

The Far East giant is the undoubted north star of the emerging markets asset class, but it’s had a tough first half of 2022, despite loosening its monetary and fiscal policy. Its economic downturn was caused, in large part, to the country’s Zero-CovidPolicy (ZCP), which has resulted in lockdowns across several cities, most notably Beijing and Shanghai. There is now hope, however, barring a COVID resurgence, that policy changes will start to have their desired effect across equity markets, with the Russia-Ukraine conflict also having less of an impact on supply chains compared to Europe. In fixed income, Chinese bonds appear more attractive than other markets and demand is expected to increase with fiscal support for infrastructure investment.

There are caveats for this optimism as China’s “reset” also depends on how theChinese consumer bounces back from the lockdowns. Worryingly, unemployment is on the rise, particularly among the youth, with nearly 20 per cent of 18 to24-year-olds out of work. The big one, however, as mentioned, is the prospect of more COVID lockdowns, which would compound the harm done to economic growth and leave China well short of its 5.5% target.

While developed markets grapple with an inflationary environment that is expected to eventually normalize, this often leads to more extreme outcomes in emerging markets, meaning greater central bank intervention and uneven recoveries across different countries. Rising food and oil prices are at the heart of this volatility, which can present absolute and relative long or short opportunities in EM rates, credit and currency markets. Your advisor can discuss these options and whether they are suitable for your portfolio.

Currently, central banks in Brazil, Russia, Mexico, Poland and Hungary are hiking interest rates. Brazil is feeling the effects of both food and oil price increases and, having started the year at 2%, its benchmark rate is projected to hit 8.25% by the end of 2022. Poland, with its policy rate at 6.5%, is expected to turn even more hawkish given it’s closing its output gap and has good vaccination rates, creating mispricing opportunities.

Other countries are in a trickier spot if they are to keep policy stable. Thailand,Malaysia and South Africa have mostly seen “base effects”-related inflation –the comparison to the same month the previous year – and will try to keep rates on hold while relying on fiscal stimulus. India is dealing with inflationary pressures from food imports and demographic trends but continues to face COVID headwinds, putting the central bank in a tough spot.

Emerging markets have always been more volatile and differentiated than advanced economies. Its divergent inflation profiles are a case in point but can offer a wealth of potential for skilled money managers, and investors willing to look beyond the “normal”.

Home bias affects many portfolios – it’s human nature. However, as a result, investors are missing out on regions and sectors of rapid growth in emerging markets. It’s worth contemplating, if you haven’t already, taking some of that domestic investment and gaining exposure via a broad-based EM fund or ETF. A registered advisor can potentially go deeper and discuss where and what is most suitable for your risk tolerance and financial plan. In a connected world, following fast-growing economies in itself is no bad thing. By venturing outside U2 and Coldplay, you are likely to unearth something more captivating and rewarding.

Sorry, there are no other items in this category.
Return to the Blog

Sign up for our latest news and updates,
delivered right to your inbox.

We are looking forward to meeting with you and seeing how we can make a positive difference in your life by helping you secure more. Let’s Connect.

Fill out the form below to begin discussing how we can help you.
Thank you! Your submission has been received!
Oops! Something went wrong while submitting the form.